Looking at the hangover that my friends had after watching the pk, We decided to ignore the Donald duck lips of Anukshka Sharma and found ourselves standing in the queue, patiently to watch PK on a Sunday afternoon. Whether PK is a PJ or not, I will tell you that in this post without revealing the story. PK  has created quite an uproar in Gujrat and in some other states of India, by so-called protectors of Hindu religion. It has upset them so much that they had demanded to ban this film and upon failure, they had vandalized cinema halls across the country. I wonder whether their religion teach violence ?  I am sure that their call is going to a 'wrong number'. God would never ask them to harm people to protect HIMSELF like shown in the film. I am not a controversy lover. Controversies whether true or false could never make me spend 300 bucks on any star. I went to watch because I wanted to do and I was sure that I am not going to spend 600 bucks soon to watch any Hindi film.

People are saying that PK is a combination of two film - OMG and God Must be Crazy. I havent seen both the movies. So I have no idea about that. What I expect from a good Bollywood movie is songs – that will make me dance and will be on loop for at least one week, story – that will make me think at least for 1 day, acting – that looks real on screen. I don’t go to watch movies to forget my worries. Happy ending is not a must for me in reel life. I even  don’t mind even using my grey cells to enjoy a good film.

The film – PK is about a alien’s journey on our earth. Alien? Yes, Alien! Somehow, the child inside me doesn’t mind believing in Aliens. As shown in the film there are thousands of galaxies on planet and there is a possibility that in those thousands of galaxies, life is possible in one of them. It might be possible that like us they are also looking for us.  It wasn’t hard to digest for me. If you accept this point then you will enjoy this movie.

First half of the movie is quite fast with funny dialogues by Amir Khan. For a change, actress Anushka Sharma has shared almost equal screen time with the Khan actor.  She has played the character of Jaggu in Belgium well but I didn’t find her acting convincing in the role of T V journalist. Director Rajkumar Hirani has made her role quite stereotype. Two hero in one film will make you guess right that there will at least one heart will break but the ending is quite practical. The sudh desi romance’s presence in the screen is very less. PK will help him to bag more supporting roles if not the main lead. In the second half , film become bit slow and predictable.

PK has raised few questions for the first time in the Indian cinema. In a diverse country like India “religion” is capable enough to unite or divide Indians. Riot still happen here in the name of God. Who has created these rules in every religion? Does God will tell his people to kill each other to protect Himself? Why there are so many religions in one country and who decide our religion? All these questions are raised in this film. I think religion is an emotional state  for some people and Rajkumar Hirani has tried to give an emotional solution to it.

If you have not  already watched it yet then go and watch it when you’ve enough time . You will come out at least humming, " char kadam, bus char kadam" or thinking you’ve learned funniest joke to ask everyone around you , “ PK ho Ka” ? 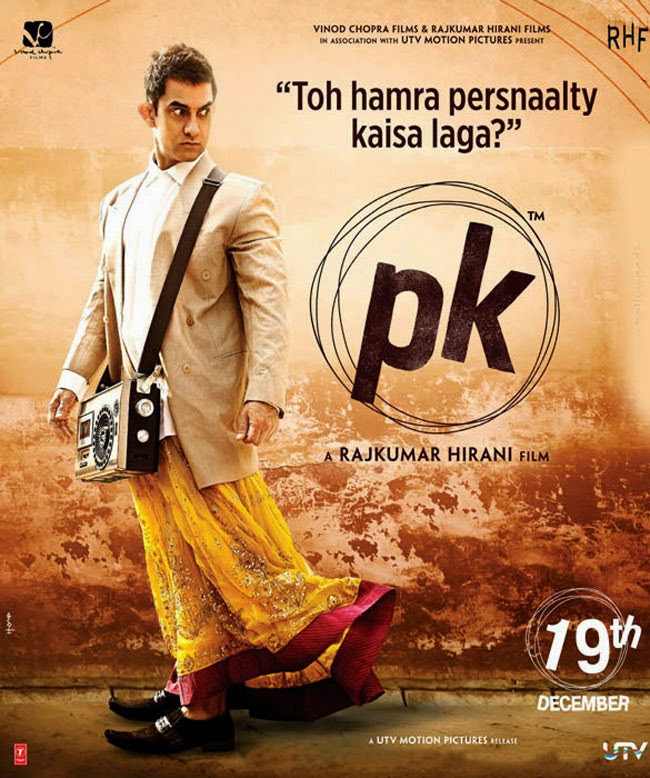